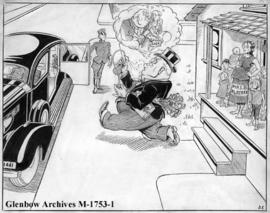 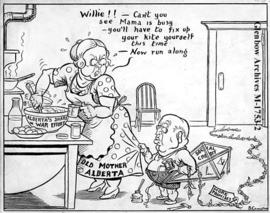 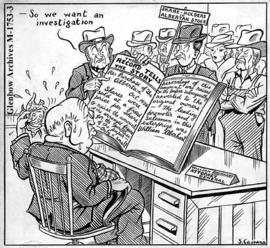 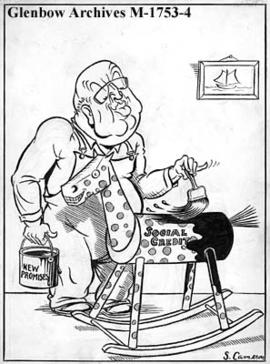 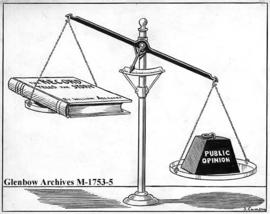 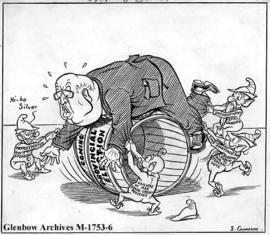 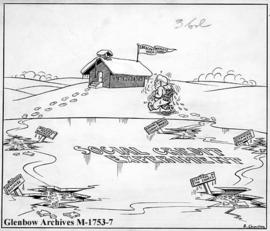 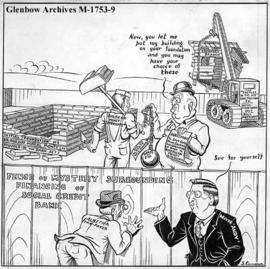 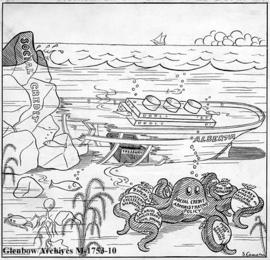 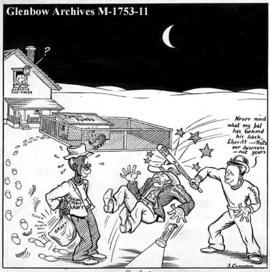 Stewart Cameron, 1912-1970, was born and educated in Calgary, Alberta. He began submitting drawings to the Calgary Herald when he was a high school student. He trained for two years at Mount Royal College, worked briefly at Disney Studios in Hollywood, and joined the Herald full time in 1936. During the late 1930s he became known for his anti-Social Credit cartoons. He served in the army during the Second World War, after which he went back to the Herald. In 1947 he moved to Vancouver to work for The Daily Province, but he returned to Calgary in 1949 due to ill health. In the following years he did free-lance work and published a number of collections of his cartoons.

http://www.glenbow.org/collections/search/findingAids/archhtm/cameron.cfm
A selection of the cartoons has been scanned and may be viewed via the link below.

Most of the Stewart Cameron cartoons fonds is held by the Provincial Archives of Alberta.