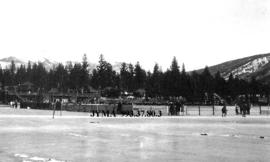 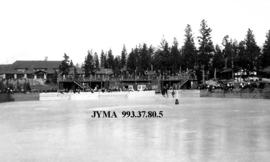 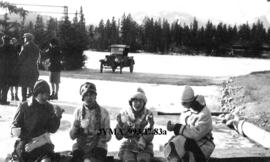 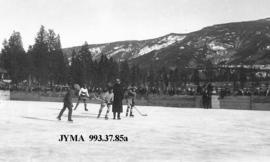 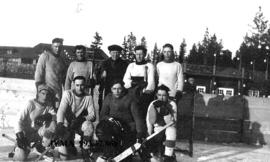 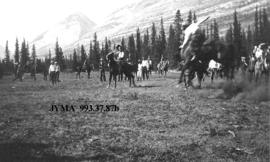 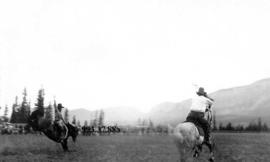 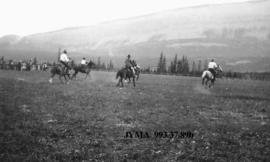 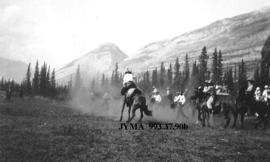 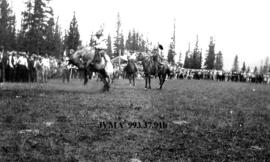 John Salisbury (Jack) Robson (1871-1937) and his brother Charles emigrated from Lincolnshire,England to Canada in the 1890's. Jack prospected for gold during the Yukon gold rush and then served in the South African War (1900-1901) with George Alexander Bowers as members of the "B" Squardon, Strathcona's Horse. They fought in the Transvaal and the Orange Free State. In 1902, Jack married Mary Bowers (1873-1960). They had five children: Edith Margaret (1903-1906); Leonard Bowers (1904-1967); Dorothy Joan (1906-); Charles Christopher (1910-1933); Anne Muriel (1912-1996). Jack and Mary lived on a farm in British Columbia before moving to Banff where Jack built one of the earliest guiding and outfitting businesses. The family also lived in Bowden, Alberta before moving to the Jasper area in 1910. The family lived in the CNR Section Foreman's house from ca. 1910-1918 before moving to Jasper townsite. Their house at 808 Geikie Street was built by the architect A.M. Calderon of Edmonton. Jack worked for the Canadian National Railway until his retirement and was also one of the early wardens of Jasper Park in 1914. He was also active in the early exploration of the Park, taking part in several expeditions, including the 1902 English expedition with Professor J. Norman Collie, Hugh E.M. Stutfield and Hermann Woolley where he served as cook. Leonard Robson was a Mason and worked for the Railway as an electrician. In World War Two he served with the Royal Canadian Engineeers. Joan was a self-taught botantist and talented watercolor painter, spending many hours in the hot house Jack built for her. She was an avid outdoorswoman and pressed many of the flowers she found in her travels. In 1967, she was granted a rare, official dispensation to pick the flowers in the National Parks. In July 1927, Joan was a member of the Brewster pack horse trip to the Columbia Icefields (The Glacier Trail) before the road was built. Their guide on the trip was Jack Brewster. Joan later worked for the Imperial Bank in Jasper and for the Parks Canada Commission (1940's-1970's). Muriel worked in the Vancouver General Hospital (1946-1976) where she became Chief Cardiology Technician. She was also President of the Cardiology Technicians Association of B.C. in 1972-1973, designed the Association's logo and was granted life membership in 1981. In 1950, Muriel was joined in Vancouver by her mother, until Mary's death in 1960. Muriel returned to Jasper after her retirement and lived with Joan in the family house.

Fonds is organized into three series: Family Papers (1910-1930), including financial receipts, account books,correspondence (1930-1970), newspaper clippings, Joan's diary of the 1927 Glacier Trail trip and souvenir booklets of the Brewster tours and Jasper from the early 1900's; Photographs of Robson family members and friends, the family house on Geikie Street, the Jasper CNR station and trains, Jasper townsite, the Jasper Rodeos of 1926 and 1931, Jasper Winter Carnival of 1928 and albums of photographs from Joan's 1927 Glacier Trip and Jack Robson's 1902 expedition with Collie, Stutfield and Woolley; Joan Robson's watercolors of wildflowers, mountain landscapes and scenes from Vancouver and Santa Barbara (1930-1950's).

Some of Joan's watercolors are in fragile condition.

Gifts of Joan and Muriel Robson.

Inventories to file and item level are available.