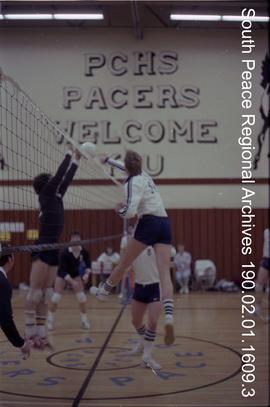 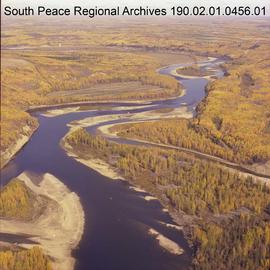 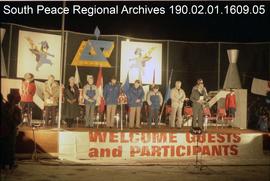 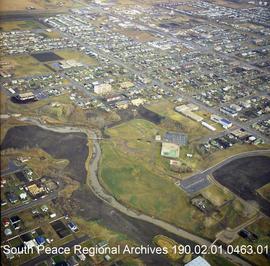 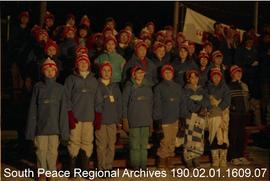 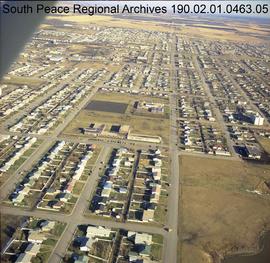 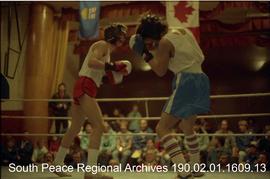 Panda Camera, a camera store and commercial studio specializing in portraits and public relations photography, was originally established in June 1964 by Orm Schultz. The first location was in the 99 block on Richmond Avenue in Grande Prairie, but it drew customers from across the south Peace River country. As a combination Photo Studio and Store, Panda Camera sold everything from photography books and magazines to movie cameras and slide projectors, as well as cameras, accessories, film, darkroom equipment and supplies, and display materials. It also carried related equipment such as surveying instruments, mobile telephones, binoculars and calculators, and over the years became the authorized dealer for Hasselblad, Besseler, Tamron, Polaroid, Nikon, Minolta, Yashica, Kodak, Pentax, Canon, Vivitar and Durst. In December 1966 Paul Pivert joined the Panda Camera team. Paul inherited his love of photography from his father and uncle, both of whom were excellent amateur photographers who had documented their own activities and community events since arriving in the south Peace in 1929. Paul went on to train as a professional photographer, and in 1973 he became the sole owner of a new company, Panda Camera (1973) Ltd. In 1976, Mr. Pivert split the business into two divisions: Panda Camera, the camera store, which remained in the main business section of Grande Prairie; and "House of Portraits," the portrait studio. The studio was moved to a historic home built in 1928 by Joseph Crummy on the corner of 102 Street and 102 Avenue, the intersection which was once the town's Main Street and First Avenue. The name of the studio changed in 1983 to "Studio on the Park," to reflect the new image of the new urban Muskoseepi Park, the entrance to which is just across the street from the studio. It operated until 2002, when the historic home was torn down. The camera store, while undergoing many changes, always retained the name of Panda Camera. In April 1984, same day processing was introduced through the Rapid Lab, state-of-the-art equipment from Hope Industries with computerized colour control and enlargement capabilities to 8 x 10. In the early 1990s it was moved to the Co-op Store, and in 1996, was sold to Diane Laurin. The business still operates as Snapshot Studio & Photo just across the street from Panda Camera's original location on Richmond Avenue.

Paul Henri Pivert was born in 1943 to Andre and Jeanne (Marcil) Pivert. His siblings were Yvonne, Roland, Suzanne, and twin Paulette. The family had moved to Grande Prairie in 1934 and to the Flying Shot Lake District in 1939 to land rented by Andre’s cousin, Gaby Basly (N 36-7-7 W6th). Paul and Paulette attended Lucky Tree School. In 1950 the Pivert family bought a farm in the Millarston district (near Dimsdale, N 21-70-7 W6th).

Paul inherited his interest in photography from his father and uncles, excellent amateur photographers who documented their own activities and community events from the time they arrived in the south Peace in 1929.

Paul’s photography career began as a teenager when his brother Roland gave him an old folding Kodak camera. Paul studied photography books and practiced on everything: the dog, the family, his friends at school and on the bus. Paul graduated from St. Joseph High School, Grande Prairie, in 1962. He went on to study at Fairview College, graduating in 1964, and continued his photography on the yearbook committee.

In December 1966 Paul was hired by Panda Camera and in 1973 he became the sole owner of a new company, Panda Camera (1973) Ltd. In 1976, Paul also opened a dedicated portrait studio, the “House of Portraits” (later “Studio on the Park”) located in an historic home on the corner of 102 Street and 102 Avenue. Paul’s photography business continued to operate until 2002. Paul remained an active member of the Grande Prairie Photo Club and avid amateur photographer even after the sale of his business. At the 2010 Arctic Winter Games, he was one of four mentors for photography students.

For a short period of time, Paul was employed by Great West Life.

Although he never married, Paul had several serious girlfriends who appear in his records and photographs, including: Elizabeth McBride, Karen Wallace, Rachel Donovan, and Carole Peterson.

Recipient of the 2012 Beth Sheehan Archives Award from South Peace Regional Archives. Donated his photographic studio records to the Archives 2010 -2012.

The textual records were deposited in South Peace Regional Archives by Paul Pivert in 2003. The photographic portion of the collection was officially transferred in 2010 although it had physically resided at the Archives since 2003. An accrual of photographs of the store was acquired in 2012. Further accruals were acquired in 2014, from Paul Pivert's estate, following his death.

The fonds consists of the photographs and business records of Panda Camera. The photograph portion of the fonds contains 2495 files (32996 images) of portraits, business, and community photographs. The business records portion of the fonds consists of records relating to the carrying out of photographic assignments; reference materials for technique and processing; marketing, promotional and advertising materials; and the organizational records needed to sustain the company: legal and planning documents, annual reports, financial records, and materials related to studio management and personnel.

The textual records were deposited in South Peace Regional Archives by Paul Pivert in 2003. The photographic portion of the collection was officially transferred in 2010 although it had physically resided at the Archives since 2003. An accrual of photographs of the store was acquired in 2012. Further accruals were acquired in 2014, from Paul Pivert's estate, following his death.

The Personal Portraits subseries is restricted until 100 years after creation of photograph.

A finding aid is available at http://southpeacearchives.org/fonds-190-panda-camera/