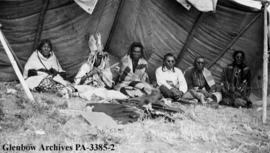 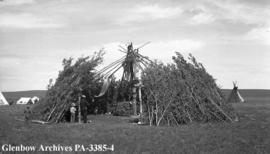 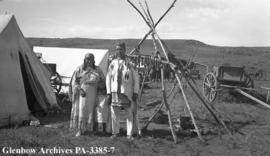 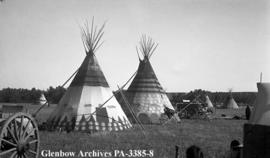 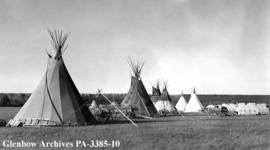 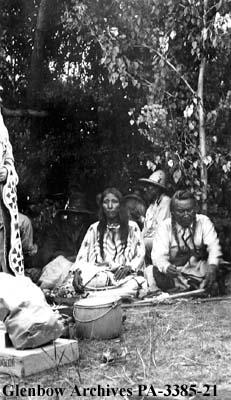 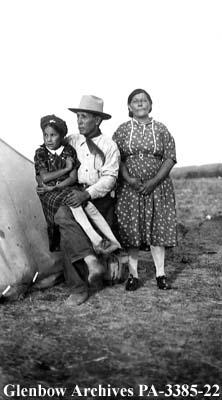 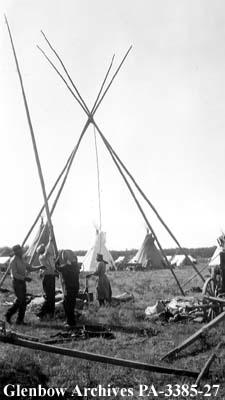 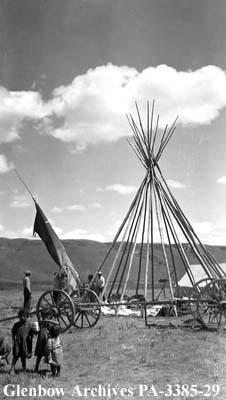 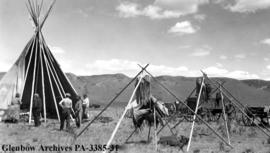 Lucien Mason Hanks, Junior (nicknamed "June"), 1910-1989, was born in Wisconsin, USA. He obtained a PhD in psychology from Columbia University in 1936, and taught at the University of Illinois, 1937-1942. He subsequently specialized in Southeast Asia Studies, and worked for Bennington College, the Washington Office of Strategic Services, the US Education Foundation in Thailand, and the Cornell Centre in Bangkok. In late 1938 he married Jane Richardson. Jane Richardson, 1908-2014, was born in California, USA. She received a PhD in anthropology from Columbia University in 1939. She too later specialized in Southeast Asia, and worked for Bennington College and Cornell University. The Hanks undertook a research project on the Blackfoot (Siksika) reserve in Southern Alberta during the summers of 1938, 1939 and 1941. In 1950 they published the results of their research in Tribe Under Trust : A Study of the Blackfoot Reserve of Alberta. -- Toronto : University of Toronto Press.

The Canadian Museum of Civilization holds other original Hanks papers. Glenbow holds photocopies of some of this material (M 8078). Library and Archives Canada holds the original films (F 172). Glenbow's copies are for reference only.