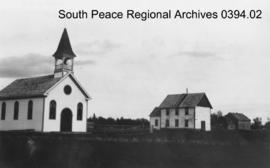 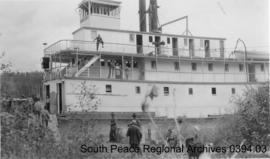 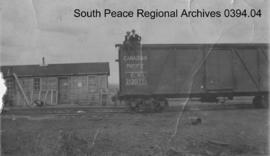 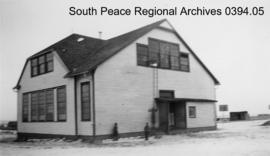 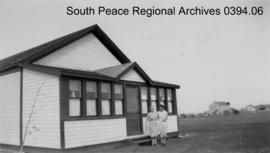 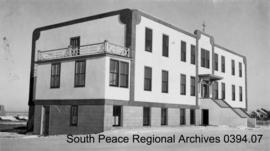 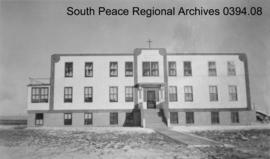 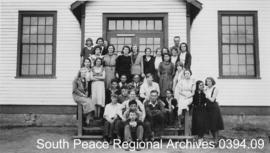 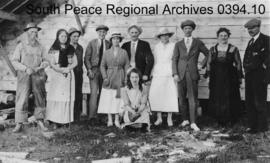 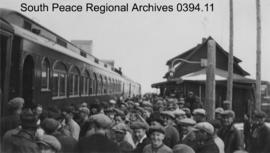 Jessie Mary Edey and Kester Lloyd Lillico were married on December 14, 1938, in Spirit Valley, near Spirit River, Alberta. Jessie had been born to John and Elizabeth Edey in Wellwood, Manitoba in 1918 and after her mother passed away the Edey family moved to Spirit River in April, 1928. Kester was born in 1915 in Cypress River, Manitoba and arrived in Spirit River in the fall of 1918 with his parents James and Fanny Lillico and three brothers and one sister. Jessie and Kester bought land from the Winchells and moved to the SE 35-78-6-W6, one mile north of Spirit River. Three children were born: Elizabeth, Bonnie and William. In 1957, William James McRann (Mick) also became part of their family. The children all took their schooling in Spirit River. Betty lives in Edmonton, married to Peter Stewart and has one son, Brent; Bonny married George Flintoff and they had two daughters Sandra (passed away 2009) and Colleen and a farm near Spirit River; Bill married Gwen Lawrence (now divorced) and has two children: Cindy and Kevin; and Mick is divorced and has three children: Crystal, Deanne, and Jason and works for Suncor in Fort McMurray. Jessie worked for several businesses in Spirit River and was active in the UCW aand as a Sunday School teacher in the United Church. Kester farmed and sometimes worked out in the winter hauling wood and later for Dave Ross Equipment. In 1986, Jessie passed away as a result of cancer. In 1987 Kester married Connie MacDougall and they resided in Sexsmith.

The records were preserved by Jessie Lillico and donated to the South Peace Regional Archives by Jessie's daughter Bonnie Flintoff in 2009.

The fonds consists of farming records belonging to James A. Lillico including farm lease agreements, a permit book, promisory notes, invoices, daily market prices from the Alberta Wheat Pool for 1934, a Hudson's Bay Company map (1933) and 33 photographs of harvesting and families, schools and hospitals, parade floats, missions at Shaftesbury and Dunvegan, and the Dunvegan ferry.

The records were preserved by Jessie Lillico and donated to the South Peace Regional Archives by Jessie's daughter Bonnie Flintoff in 2009.

A finding aid is available at http://southpeacearchives.org/james-lillico-family-fonds/