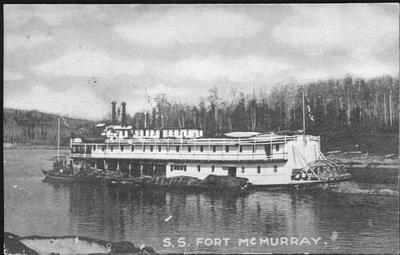 In 1913, Frederick Glen McDermid (1880 - ?) and Charles Robert Morrison (? -- 1940) established a photography and engraving business, McDermid Engraving Company at 123 Rice Street, Edmonton. Frederick served as Managing Director of the Company, but Charles continued on in his job as Editor of the Edmonton Journal. After its formation, McDermid Engraving Co. produced engraving and etching for the Edmonton Journal. In 1917 McDermid Studios bought the assets of the Byron-May Company, a photo-engraving company established in ca. 1906 by Percy Byron (1878 -- 1959) and Gustave H. May. In 1922, McDermid Engraving moved to 10133-101st Street, and the following year, McDermid Engraving became McDermid Studios Ltd. Frederick resigned as President and moved to California, USA, and Joseph Tyrell became Manager. In 1929, Charles Morrison gained control of the company, became its President and resigned from the newspaper. Charles served as President until 1940 when his daughter, Muriel, took over the company. Muriel's husband, Bert C. Hollingshead became Manager. The studio moved to 10024-101st Street, and later to 9850-112th Street. In the 1960s the company expanded its services to include offset printing. McDermid Studios continues to operate.