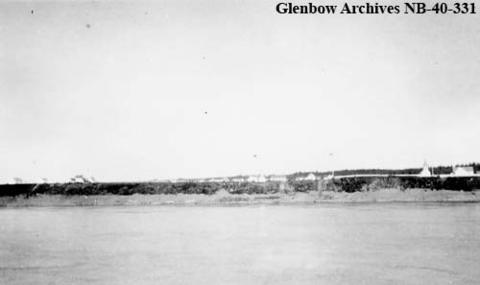 Taken from the Mackenzie River.<br><br>