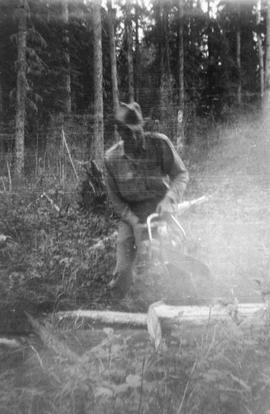 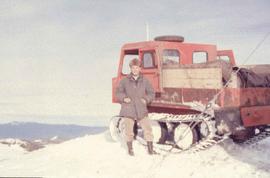 Dave Schenk at the Copton Lookout site --closed down in 1959. 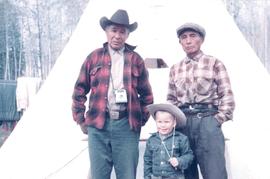 Dave Joachim and Paul Wyniandi with Carlin Schenk (the child) stand in front of their teepee. 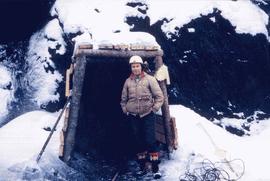 Dave Schenk stands in front of entrance to a coal addit dug 150' into the mountain.

This sub-series contains time certificates of labor from the Alberta Forest Service for Melba’s work in janitorial services and as a weather observer. 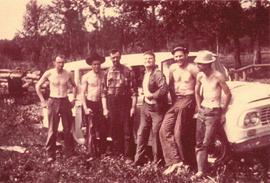 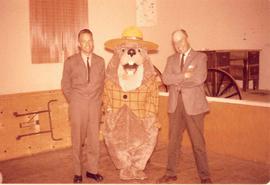 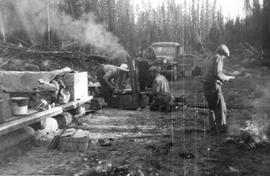 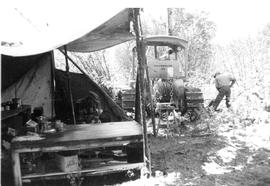 Ray Smuland (in tent) and Sherman Head (in caterpillar) working in a forestry camp. 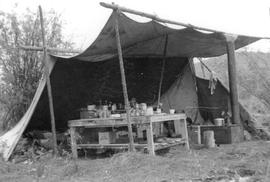