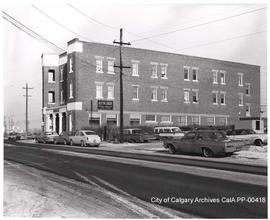 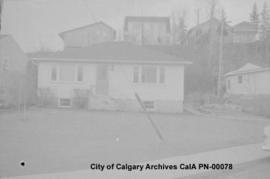 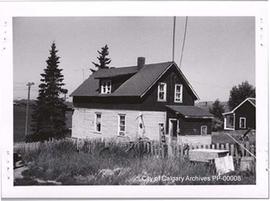 Back View of House in Rosemont 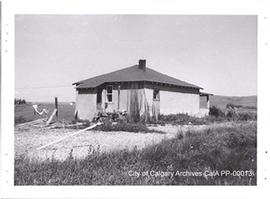 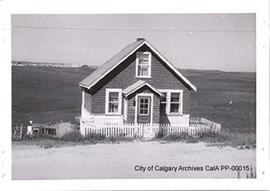 House in the Rosemont Subdivision 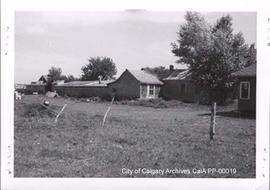 Back View of Wooden House 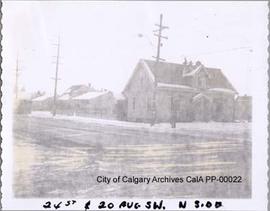 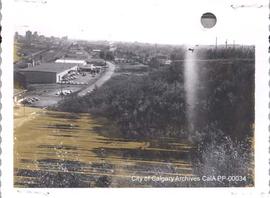 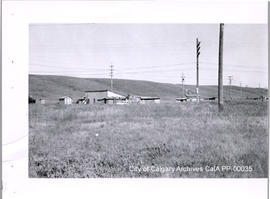 Photoprint was taken in Nose Creek Valley, between 8th Avenue and Memorial Drive NE; The area pictured may be Bridgeland or Bottomlands Park; The photoprint is slightly bent and has staple holes on the left edge 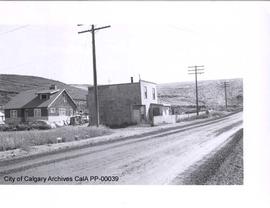 Photoprint was taken in the Nose Creek Valley, between Memorial Drive and 8th Avenue NE; The area shown may now be part of Bottomlands Park