Surveyor's crew of seven men with a surveyor's transit and level marker. Charles Gummerson is identified as the man holding the red and white marker. 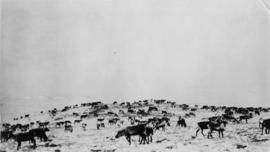 Reindeer in the Far North

Part of Sidney A. Connolly fonds

"Reindeer in the extreme north of Canada copied from the Dept. of Mines and Resources Picture, Wishing You, Mr. Connolly & Helen a Happy New Year and many of them." signed D.P. Roberts 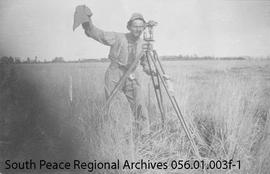 "The Instrument Man At Work"

A surveyor, from the Walter McFarlane survey crew, using a transcept to measure the land. 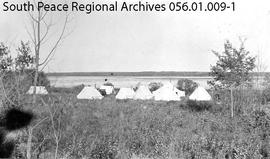 A survey camp, under the direction of Walter McFarlane, stationed on the edge of a lake. 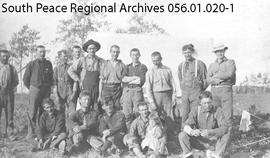 Survey crew which surveyed most of the south Peace Country. 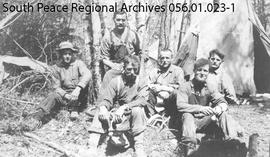 Surveyors resting at a flying camp south of the Wapiti River. 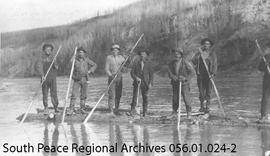 Rafting on the Wapiti 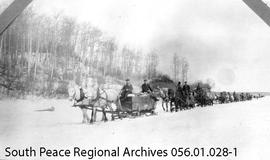 "On the Trail Out"

Walter McFarlane's survey crew travelling back to Edmonton in February of 1910. 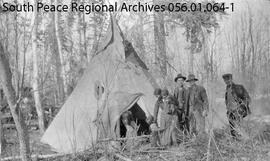 A Beaver First Nations family and two survey crew members gather outside a teepee near Snipe Lake. The original title is taken from caption beneath the photograph. 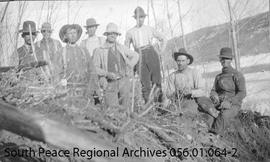 Walter McFarlane's crew cutting a survey trail on the banks of the Smoky River.