The fonds consists of 21 maps of various areas of Alberta, and from the Local Histories Mapping Project (1995).

The fonds consists of thirteen letters from John William Hope to his wife, “Louie,” 10 April – 2 August 1903. The letters detail his journey from Britain to Barr Colony, and his struggle to find work in Western Canada. The fonds also includes British Colony and Dominion Lands Branch receipts for homestead land, 30 January and 2 July 1903.

Fonds consists of records relating to the life and work of Christina Sharon Olsen. The records include a news article from the Calgary Herald published in 2009 detailing Christina’s childhood and experience as a preoperative trans woman living and working in Alberta and overseas; report cards and photographs from Christina’s schooling in Claresholm, Alberta between 1953 and 1965; photographs documenting Christina’s work as a drilling engineer in Africa and Alberta between 1977 and 2000; and photographs of Christina’s cats and visiting wildlife to her acreage west of Calgary taken in the years after her gender reassignment surgery in 2004.

Fonds consists of records created and maintained by Johann (John) B. Ludwig, primarily within his capacity as president of Frisia Properties Ltd. and Frisia Realty Ltd., as well a small number of personal and family records, covering the dates of 1951-2010. The fonds has been arranged into 2 series: 1. Frisia Properties Realty Series. 2. John Ludwig Personal Records series. 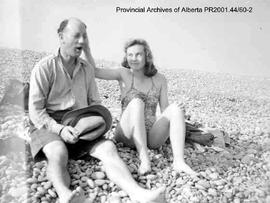 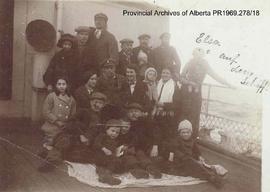 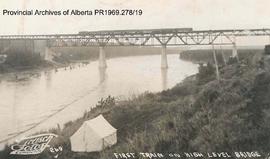 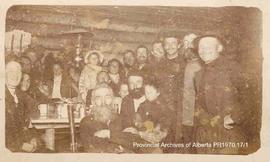 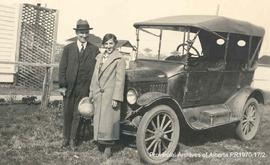