Fonds consists of military service and personal records of Dr Thomas Erwin (T.E) Brown, a veteran of both World Wars and a doctor in Taber and Lethbridge. Records include Brown’s military notebooks, ration books, field notes and correspondence; an account book from Brown’s medical practice in Taber in the 1930s and pamphlets relating to pediatric medicines; photographs of Brown’s family; and a sketchbook with Brown’s drawings of his home and family.

Fonds illustrates the military service of two members of the Purdy family; Gordon Purdy and his son Douglas Gordon Purdy. Fonds consists of military medals from World War I and World War II, a book about the battle of Dieppe, and reproductions of photographs and military records.

The fonds consists of a scrapbook of news and magazine clippings about the Royal Family, collected items of historical interest, and items of personal memorabilia. 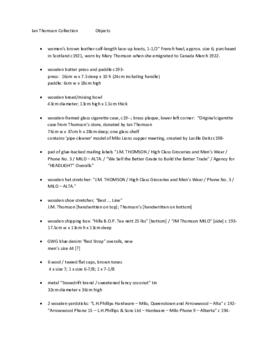 The series consists of various objects collected by Ian Thomson. A complete item list is available.

"The Music Lovers’ Portfolio of the World’s Best Music, No. 7" edited by Landon Ronald

"The Music Lovers’ Portfolio of the World’s Best Music, No. 2" edited by Landon Ronald

Item consists of a photograph often used in press clippings of Zoltán Székely holding his violin. 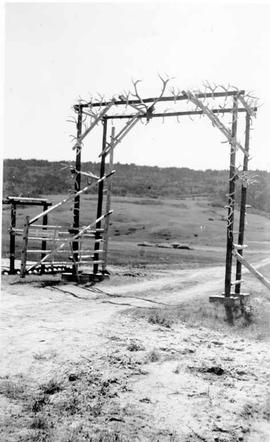 Item consists of: 1 nitrate negative of a ranch style gate adorned with antlers. The sign on the gate reads Battle Creek (the rest is illegible).