Collection consists of the textual records, photographs, tintypes, copied photographs, postcards and copies of illustrations and paintings of W.B. Cameron, as well as the research records accumulated by Robert Hendriks during the course of writing a biography about W.B. Cameron. The photographs depict various First Nations people, often dressed in traditional clothing with objects such as the Sioux pipe bag, as well as W.B.'s family and friends. There are also photographs of the site of the Frog Lake Massacre and the Frog Lake Massacre Memorial Cairn. The photographic postcards depict views of the various towns that W.B. Cameron resided in such as Le Pas, Manitoba and Lac La Biche and Vermilion, Alberta. Textual records consist of correspondence to and from family members and friends, manuscripts, editions of The Beaver, Scarlet and Gold and Saturday Night, newspaper clippings, a scrapbook of Cameron's early writings, paperwork relating to the publishing of Cameron's book as well as the republishing of the book in the 1940s and by his family in the 1970s, certificates, letters relating to the NWMP Memorial & Indian Museum in Battleford, Saskatchewan and to the Hudson's Bay Company. Also included is a videotape of W.B. Cameron's speech in 1950 at the Elk Point Bridge Opening.

The fonds consists of textual records,and one copied photograph. All records dated after 2009 are conservation copies. The textual records primarily consist of documents related to the proposed Slave River Hydroelectric Project and various studies conducted in the Mackenzie River Basin. These records include: studies and reports, periodicals, photocopied publications, pamphlets, newspaper clippings, correspondence and envelopes, notes, photocopied papers related to the construction of the Bighorn and Brazeau Dams, a Dene Nation Newsletter, photocopied and hand drawn maps and figures, and overhead transparencies. The copied photograph in the fonds depicts the Mackenzie Delta from an aerial perspective.

The fonds consists of textual records in addition to a few photographs, photocopied photographs, and an audio cassette. All records dated after 2009 are conservation copies. The textual records primarily consist of documents related to the research conducted by Clarke for her Masters thesis in Native History at the University of Alberta entitled "Reconstituting the Fur Trade Community of the Assiniboine Basin, 1793 to 1812". In addition, Clarke has conducted extensive genealogical research regarding the Bray and McKay families as well as the Hudson's Bay Company, especially regarding the men of Brandon House. The textual records include handwritten notes and timelines recorded by Clarke; numerous printouts of internet research regarding Clarke's genealogy work; pamphlets; numerous photocopied journal articles, book reviews, and chapters from various publications and periodicals; email and written correspondence regarding her graduate studies and genealogical work; lecture notes and term papers from various classes attended throughout her undergraduate and graduate studies; original and photocopied newspaper articles, biographies, maps, bibliographies, and diary entries; copied sections of the 1901 Canada Census for the province of Manitoba, districts of Selkirk and Provencher, sub-districts of St. Francois-Xavier, St. Boniface, and St. Boniface Town; several copies of various volumes and issues of the Canada Tree periodical edited by Clarke; several editions of the Neya Powagans Métis Newsletter, The Rupert's Land Newsletter, and Relatively Speaking from the Alberta Genealogical Society 1973-1998; and several volumes of the Dictionary of Canadian Biography spanning 1967-1990. Other textual records pertain to Clarke's contract research for various Parks Canada projects as well as her involvement in community development via Métis L.I.N.K.S. (an early intervention program for youth), the Alberta Aboriginal Healing Foundation, and various projects organized by the Red Deer Local of the Métis Nation of Alberta #84. A significant portion of the photographs depict various plaques and signs situated in the Steele Narrows Historic Site, in addition to one photograph of Edmond Bray McKay and one of the McInnes Island Lighthouse in British Columbia. Also included are several photocopies of photographs depicting various members of the families about which Clarke conducted extensive genealogical research, especially the Bray and McKay families, often photocopied from other archival collections. Also included is an audio cassette entitled Minnesota Massacre, Canadian Broadcasting Corporation. 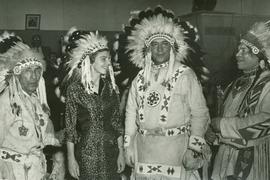 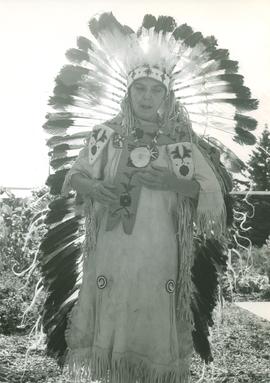 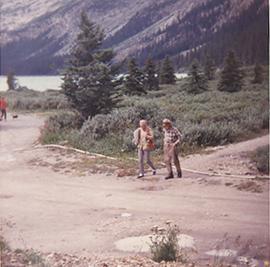 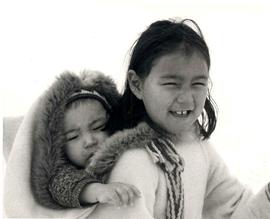 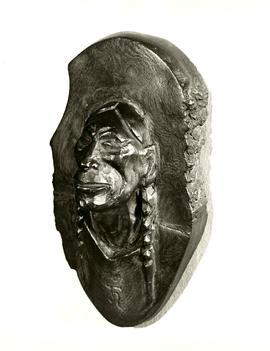