The fonds consists of a photocopy of a stock book for John A. McDougall and Co. The book also includes records of liabilities, notes and bad or doubtful debts.

The fonds consists of the minute books of the Edmonton Electric Light & Power Company Limited, 1891-1902 and other papers relating to the operation of the company.

The fonds consists of specifications for Hudson's Bay Company store in Fort Macleod, which his company built.

The fonds consists of photographs of banks and street scenes in Alberta, Manitoba, Saskatchewan and British Columbia.

The fonds consists of traveller's sample book of photographs of mountain scenes, the British Columbia interior, CPR points and railway bridges, tunnels, trains and workers (1889). Includes photographs of native people and a Blood sun dance (1887); of May, his wife, family and ranch (1885-1907); of Boorne, his Manitoba homestead, and the Calgary studio; and experimental photographs (1883-1884). Includes his article, "With the Savages in the Far West", published in the Canadian Photographic Journal, 1893. Also includes a diary of Boorne's cousin Ernest May (1897). 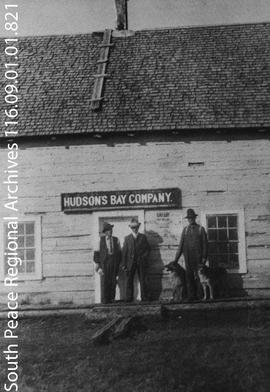 Fonds consists of: 3 duplicate certificates of title and 1 sales agreements. 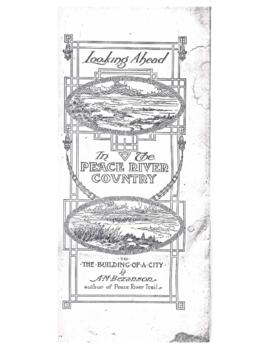 Booklet by A.M. Bezanson presenting the reasons for the rapid development of the Peace River Country and arguing for the inevitable trend of this development to lead to the establishment of important trade centers.