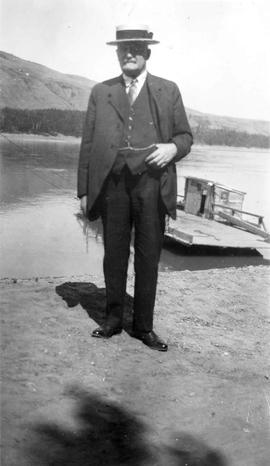 Alphaeus Patterson was the Member of Parliament for the Peace River District from 1913-1917. 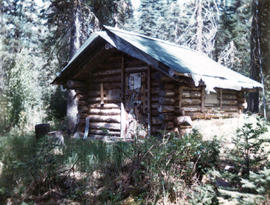 The fonds consists of minute book, including membership lists and financial records, kept by Susie Willett.

The fonds consists of the records of Ross Patterson Alger, during his time in office as Mayor of The City of Calgary, from 1977 to 1980. Series I: Consists of correspondence, memoranda, petitions, reports, and briefs from and to City Council, City officials, other government officials, and private citizens relating to a wide rang of subjects, but especially the proposed Civic Centre project, the Light Rail Transit (LRT) system, and various planning issues. The files are arranged alphabetically in block subject headings and alphabetically within each block. Series II: Day files, consisting of all correspondence sent out from the Mayor's Office between 1980 July 3 and 1980 October 24. These files are arranged chronologically. Series III: Consists of correspondence, memoranda, notices, official invitations, and printed programs relating to various events, receptions and meetings attended by the Mayor Between 1979 march 16 and 1980 Jun 15. The files are arranged chronologically. Series IV: Consists of cassette tapes containing: news broadcasts complied by a news watch agency from radio and television relating to the proposed Civic Centre and general City Council matters: recording of "Talk of the Town" radio phone-in program, some with Mayor Alger as guest, relating to the proposed Civic Centre; recording of television debates of 1979 November 26 and 27 on the proposed Civic Centre broadcast by CFAC television and featuring Mayor Alger and opponents of the proposal. The cassettes are arranged chronologically in three 10 x 14 cm file boxes.

The fonds consists of a telegram conveying the Queen's congratulations on the completion of the Canadian Pacific Railway and letters regarding the publication of same in newspapers; and a newspaper copy of telegram and a telegram to Henry J. Morgan, Under Secretary of State from Donald A. Smith, North Bend, British Columbia, November 8, 1885 regarding the laying of the last rail.

The Smallholders Association for the MD of Rocky View fonds

Fonds consist of records relating to the activities of The Smallholders Association for the MD of Rocky View and includes correspondence, minutes, membership lists, membership applications, court transcripts, copies of The Societies Act, a certificate of incorporation, newspaper clippings, a lease, letterhead, financial records, minutes, corporate seal impressions, and various reports and information about residential property tax in Alberta.

Society for the Preservation & Restoration of St. Mary's School (1909) fonds 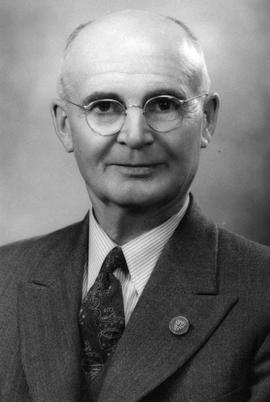 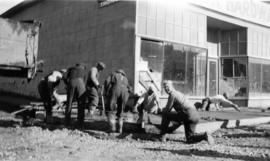 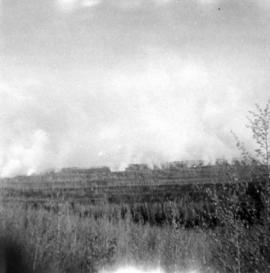 Along the route travelled by Henry McCullough and his horses in bringing the City Charter to Grande Prairie in February, 1958.