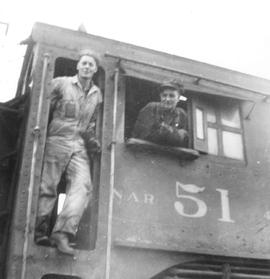 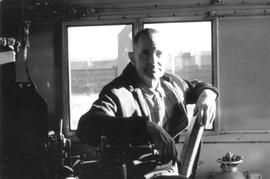 F.W. Schenk worked as a locomotive foreman for the N.A.R. 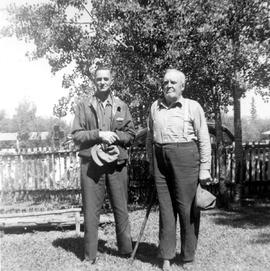 The first Locomotive Fireman in Grande Prairie was "Sledgehammer" Bill Henderson, shown here on the left with Watchman, Francis Schenk. 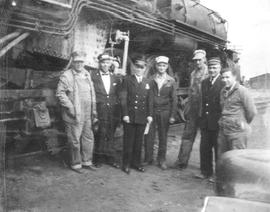 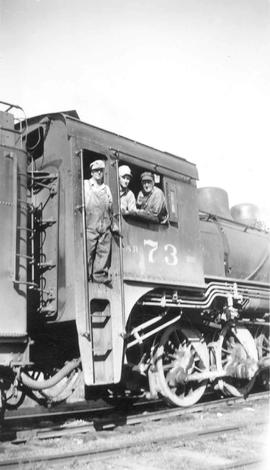 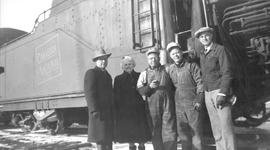 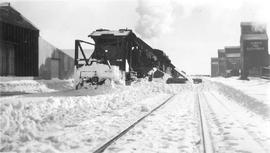