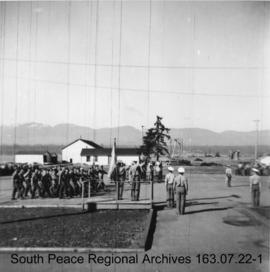 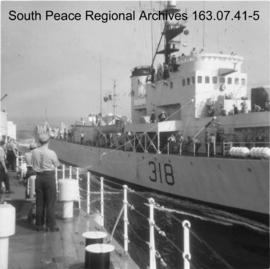 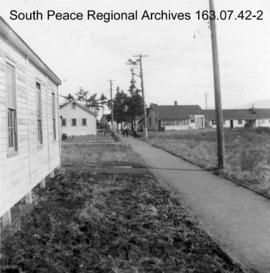 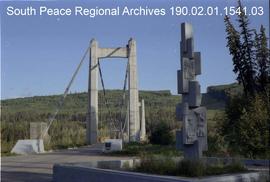 A view of the Hudson's Hope Bridge and the commemorative pillar beside it. 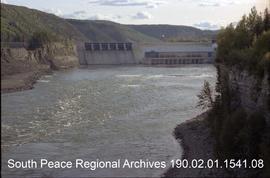 View of the W. A. C. Bennett Dam at Hudson's Hope, British Columbia. 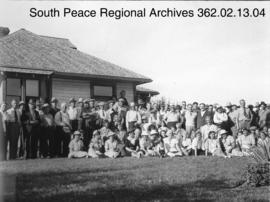 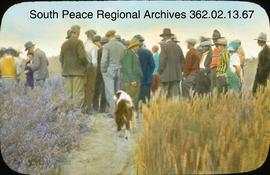 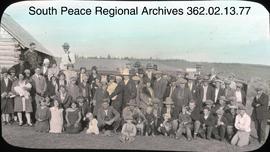 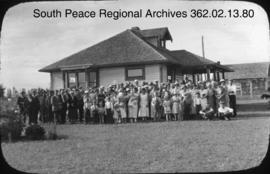 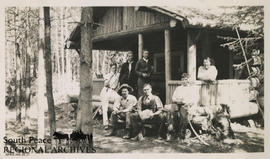 The Lodge at Kinuseo Falls

Image shows Bill Archer, Rod Fawcett, Herb Shields, Bert Dagleish, Murray Carlisle, Jim Carlisle, and Jean Dagleish posing in front of the lodge at Kinuseo Falls in British Columbia. The caption below the photograph reads “The Lodge at the Kinuseo Falls.” The caption on the back of the photograph is partially cut off across the top but appears to read “cozy ? at the Lodge.”