The fonds consists of the records of the Board of Directors; Administrative planning documents, financial and personnel records, information on the physical plant, and subject and correspondence files; photographs and information on Collections’ artifacts, buildings, and displays; photographs and files of Programming and special events. Completing the collection are brochures and books published by the society, associated organizations; and photographs, scrapbooks and guest books from the Grande Prairie Museum. 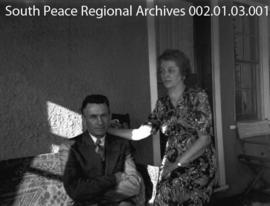 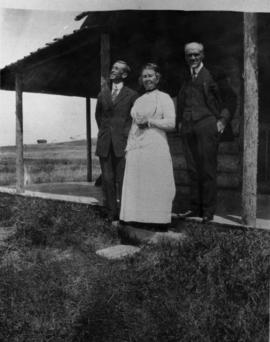 George Flint came to the Peace Country in 1909 with his brother Victor and a group of people from Ontario when he was 21 years old. In 1910 their parents, Mr. & Mrs. Paul Flint, joined them at Beaverlodge. 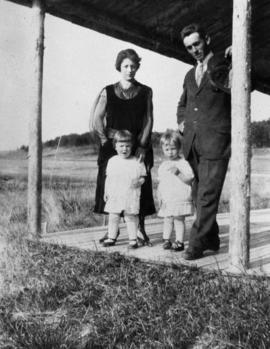 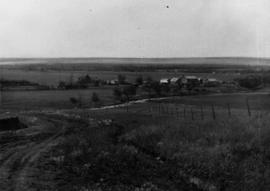 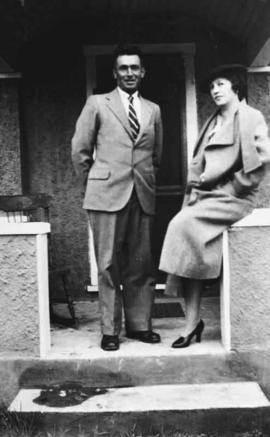 Victor Flint came to the Peace Country in 1909 with a group from Ontario when he was 19 years old. Frances Sills arrived in Beaverlodge with her sister Mabel and her husband Hugh Allen in 1911, but returned to Ontario in 1913. They were married in Ontario in February 1915. 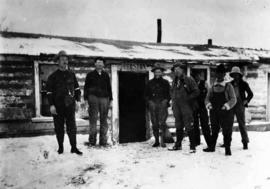 Homesteaders heading for the Peace Country outside of "The Boston", one of the Stopping Places on the Long Trail. 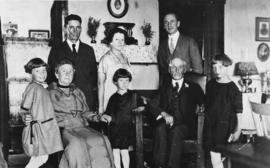 Family portrait of the Flint family, with grandparents Paul and Lizzie Flint seated in armchairs, flanked by Victor, Frances and George Flint and their three daughters Pauline, Madelon, and Beth. Paul Flint was a co-founder of the Christian Association, and came to the south Peace 1910. 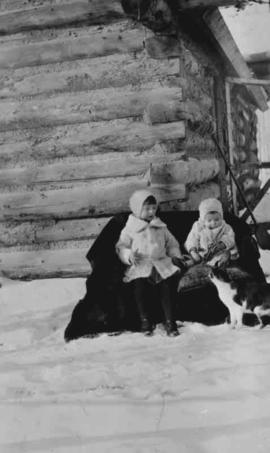 Victor and Frances Flint had three daughters: Laura Pauline, Madelon, and Frances Elizabeth. Pauline passed away in 1935 while a student at Olds Agricultural College at the age of 20.