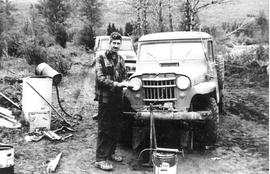 District Ranger Bert Varty working on his jeep along the road being constructed. 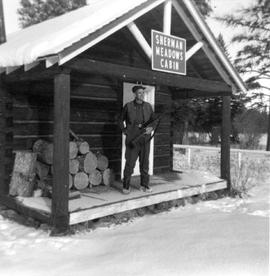 Francis Schenk stands on the porch of Sherman Meadows Cabin at the airstrip. 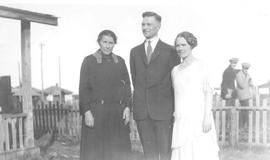 Francis Schenk married Christine Dolemo, daughter of Karl and Sophia Dolemo. They are accompanied here by Francis' mother, Susanne Schenk, at the home of Jack Mantle. 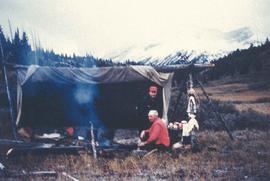 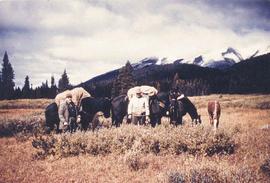 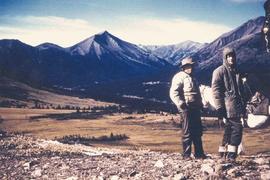 Dave Schenk and Henry McCullough near the B.C. border. 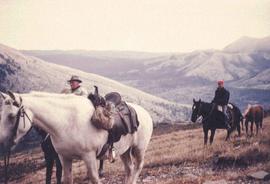 Henry McCullough and Dave Schenk on the extreme south end of the Wapiti forest district in the Sheep Creek area. Part of forestry work was to monitor the hunting of game. 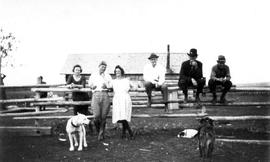 Gathering at Snakey and Nell's Place

A gathering at Snakey and Nell's place after Sunday dinner, gathered by a corral fence, a log home in the background. 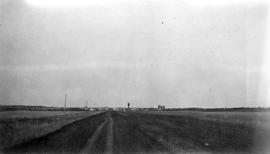 View of Grande Prairie from the west looking down Richmond Road. 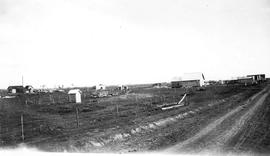 Grande Prairie City under construction soon after it was surveyed in 1910.