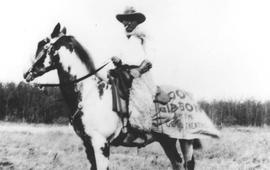 Ira Gilmour is riding Paint at the Grande Prairie Stampede. The saddle blanket has an advertisement on it for Hoot Gibson's show.

The fonds consists of one minute book containing minutes of the lodge’s weekly meetings from its founding on May 14, 1919 to March 18, 1924; and two Visitors and Members Registers from 1919-1927. 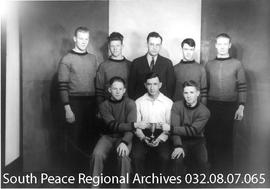 Coach and seven members of a basketball team in team sweaters, holding trophy.

The fonds consists of the minutes of the association (containing financial and annual reports) and yearly "history" records. History records reports and photographs detailing the clubs activities over each year. 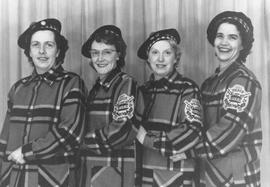 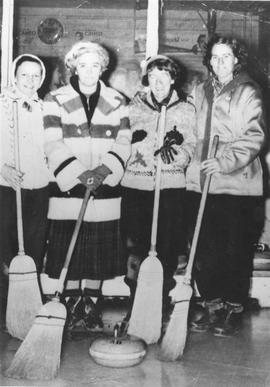 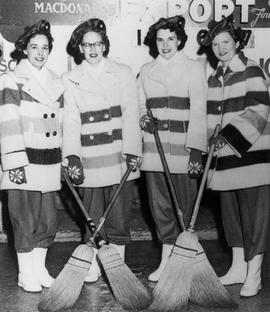 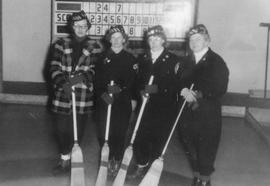