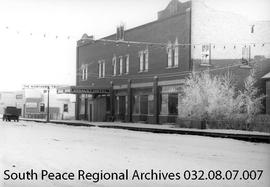 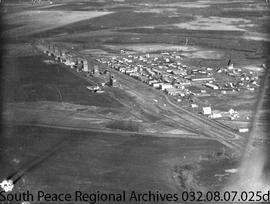 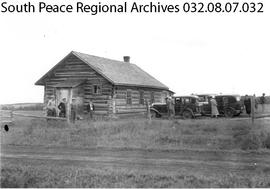 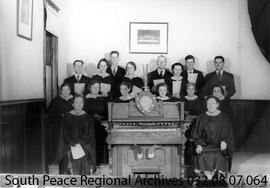 Interior church photograph showing 16 members of the Clairmont Choir in choir gowns, with the organ in the centre.

Village of Lake Saskatoon on the west shore of Saskatoon Lake. Empire Barns sign is visible on the roof of a barn. 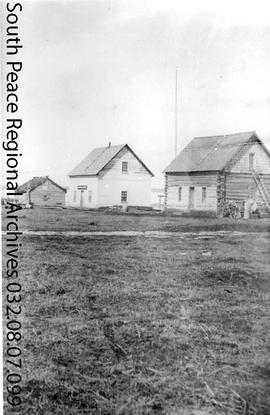 Buildings on the shore of Sturgeon Lake include the Hudson's Bay Post. 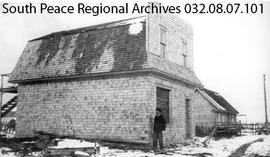 One man standing in front of a false-fronted store with large plate glass window. 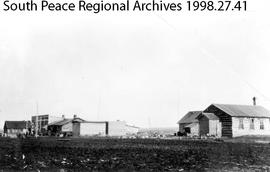 Main Street of Halcourt in 1928, with gas station in the foreground. 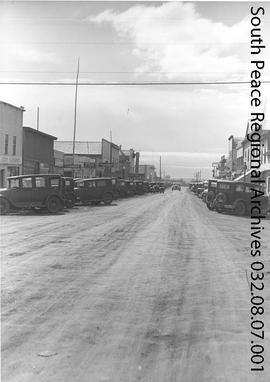 View down Richmond Avenue, with City Laundry the first business visable on the left side. Model T's and Model A's are angle parked on street. 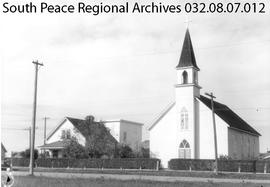 Exterior of Roman Catholic Church and Rectory. Church has clerestrial windows and bell-tower steeple. Rectory has a two-storey addition behind it.