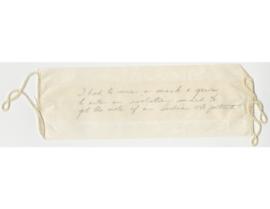 Item is an unused paper face mask with writing on it. It says “I had to wear a mask + gown to enter an isolation ward to get the vote of an Indian TB patient.” 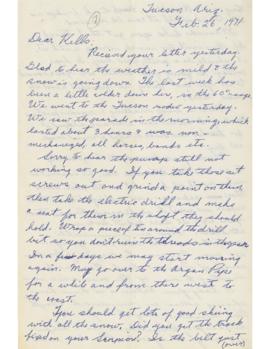 This letter is written by Beth and Everett Sheenhan to their son Kells about what they had been doing in Arizona including attending a rodeo and having dinner with their neighbors. Their neighbors had lived on a reservation in Sells, Arizona (Tohono O’odham Nation) and told the Sheehans about Indigenous death rituals. 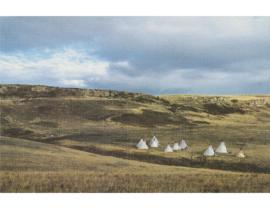 Image shows tipis in a camp below Head-Smashed-In Buffalo Jump. The description on the back of the postcard reads “View in the fall of the year, of a recreated, typical village camp scene, in the campsite below the buffalo jump. The buffalo jump lies west of and above camp. Donna Coulter Photographer. September 1986.” 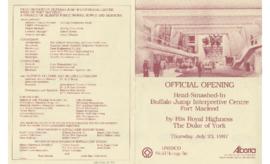 A program from the official opening of the Head-Smashed-In Buffalo Jump Interpretive Centre. Program includes a description of what the interpretive centre is and the Blackfoot story of how Head-Smashed-In (Estipah-Sikikini-kots) got its name. 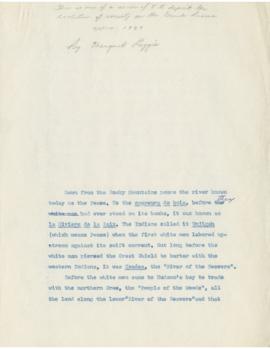 This document is one part of a series of eight documents that is intended to show the evolution of society on the Grande Prairie. It focuses on the history of Indigenous peoples in the Peace region before Europeans arrived. In includes a story of how the Peace River (Unjigah) was named when peace was made between the Beaver and Cree people. 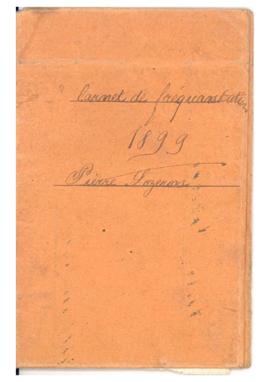 Attendance records from Ecole d' Auvernier in the Canton of Neuchatel, Switzerland.

Account book showing monthly payments made to Pierre Lozeron as an apprentice carpenter. 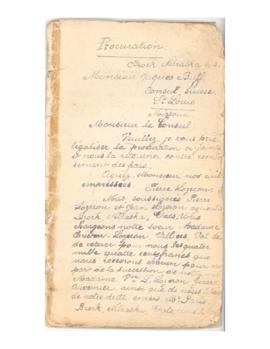 Diary containing dates and expenses for the emigration of Jean and Pierre Lozeron from Swizerland to Canada. 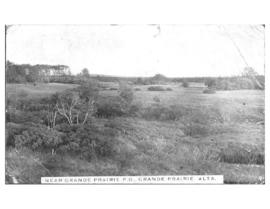 Correspondence from family and friends after Pierre immigrated to Canada. 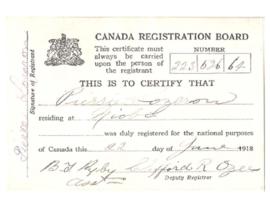 Government forms regarding the exemption of farmer Pierre Lozeron from military service.