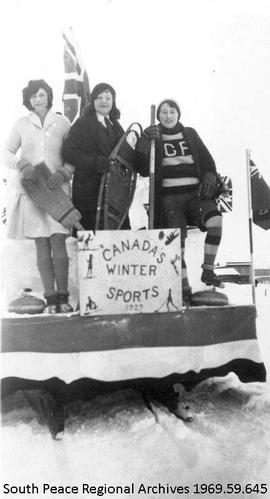 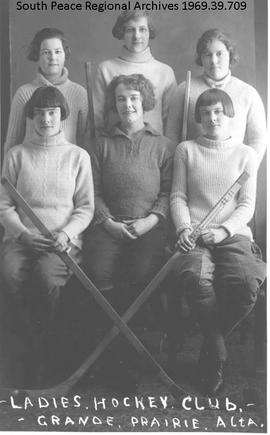 Grande Prairie Ladies Hockey Club. Erma Boucher is identified as one of the players. 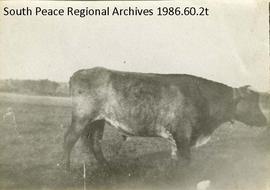 "Louis Riel," a blue ox brought into the Peace Country for breeding purposes. 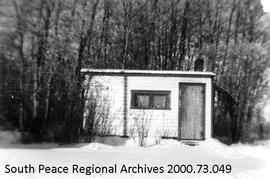 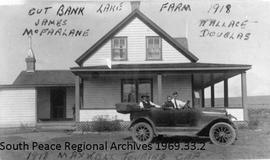 At the Cutbank Lake farm of James McFarlane--from first carload shipped into South Peace by Albert and Lorne Smith of Lake Saskatoon. 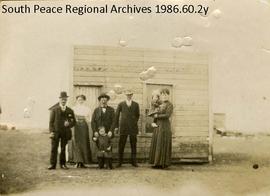 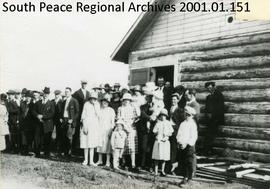 A gathering of settlers.

Group of well-dressed settlers in front of log building. Photograph is incorrectly labelled as Halcourt Church. 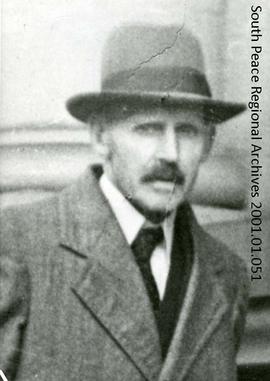 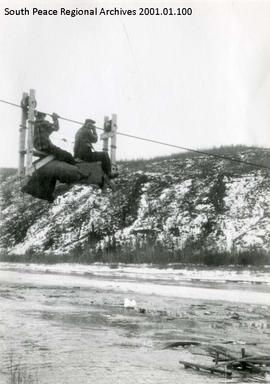 The aerial ferry over the Wapiti River. 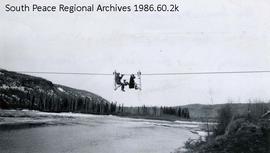 Aerial Ferry Across the Wapiti

The McCullough brothers aerial ferry, which was worked by hand, served the settlement across the Wapiti when the river was impassable during the spring thaw freeze up.