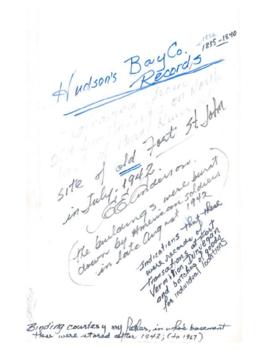 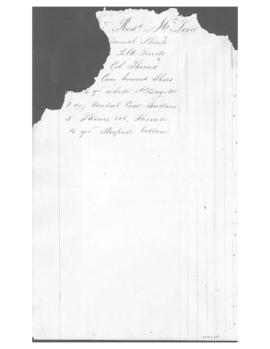 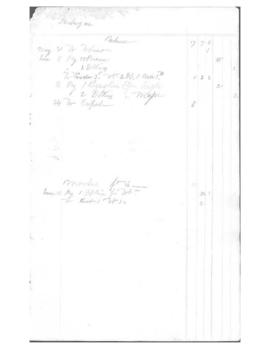 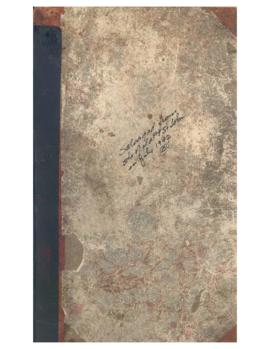 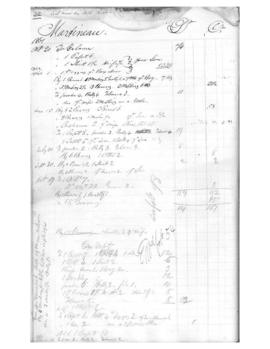 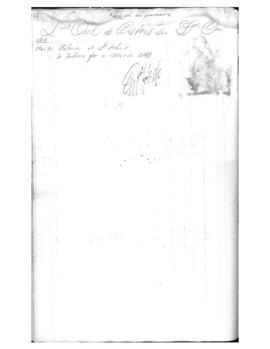 The Hudson's Bay Company was formed as "The Company of Adventurers of England trading into Hudsons Bay" on May 6, 1670. One of the partners was Prince Rupert, cousin to the King of England at the time, and to this company Charles II gave all the land whose rivers drained into the Hudson Bay, the land becoming known as Rupert's Land. As early as 1718, Cree traders from the Peace were making the long journey to Hudson's Bay with furs to barter for European goods. In 1788 the North West Company established Fort Chipewyan on Lake Athabasca, and at about the same time traders started building posts on the lower portions of the Peace River. Alexander Mackenzie made his famous trip up the Peace River in 1793, and the North West Company founded Dunvegan in 1805 to serve local traders and act as a provisioning post supplying bison, moose and garden produce for their employees and traveling brigades. Fort Dunvegan was a substantial post for its time, surrounded by a stockade with corner bastions. The compound included a large officers' house, smaller houses for the men, an ice house, blacksmith shop, warehouse, trading shop, and powder magazine. Dunvegan also had value as a staging post for the North West Company's plans to develop the trade beyond the mountains in the interior of British Columbia (New Caledonia). In 1821, after a period of destructive competition, the Hudson's Bay Company and the North West Company joined forces, retaining the H.B.C. name. York Boats brought supplies into the Forts at Dunvegan and Ft. St. John from Eastern Canada. They came via the Churchill River, over the Methy Portage to the Clearwater River, then to the Athabasca River and up the Peace River. There was an amazing amount and variety of goods at a Fur Trade Post such as Dunvegan--everything from drugs to sewing materials to fancy clothing. Dunvegan was the trading centre for much of the Peace Region, the nearest other posts being at Ft. St. John and the Forks of the Smoky and Peace Rivers near Peace River Crossing. Chief Factors at the post kept daily journals and financial ledgers, recording accounts of purchases made and furs brought in by individual trappers and traders. The ledgers also recorded inventories at the post and goods transferred from one post to another. Although the Hudson's Bay Company records were kept in English, many of the traders were Metis, and French was their language of choice. When they could, they transcribed the hunters and trappers name in the native tongue (e.g. Testawitz, ). When the name was too gutteral to sound out, the traders would give them a descriptive name in French, such as L'Eau, Tranquille, and La Glace. Often trappers were identified by their relationship to other trappers (e.g. L'Eau's 2nd son), or by their occupation (e.g. L'Oeil Blanc, Voyaguer), nickname (e.g. Hofs alias Chocolat), nationality (e.g. Une Ois, Slave Indian) or dual names (e.g. Nesplatte 3rd Son, Ah neh thir say).

The ledgers originated from the trading post at Dunvegan, but were moved at some point to Fort St. John. The documents were discovered in the summer of 1942 by Clarence Anderson in a dilapidated building which had been part of the Hudson’s Bay Company trading post at Fort St. John. At the time, Clarence was a member of the Canadian construction crew on the Alaska Highway, and when the US Army ordered the demolition of the old buildings on the river flat south of present day Fort St. John, Clarence rescued the ledgers and brought them to his home in LaGlace. In 2002 he deposited them in the Grande Prairie Regional Archives.

The fonds consists of two fur-trade ledgers which detail transactions between the Hudson’s Bay Company at Dunvegan and individuals trading with this post. The first ledger (8 ½ x 13” and 160 pages) dates between 1834 and 1840, and the second ledger (9 ½ x 14” and 160 pages) is from 1861-1863 and contains many First Nations hunters, some identified by aboriginal names and some by the more common French names.

Documents are fragile and access is limited. Portions of certain pages on the first ledger have been eroded (possibly by vermin), and both ledgers have suffered some water damage. Otherwise the script is legible

Clarence Anderson deposited these records in the South Peace Regional Archives in 2002.

A finding aid is available at http://southpeacearchives.org/finding-aids/hudsons-bay-company-fonds/