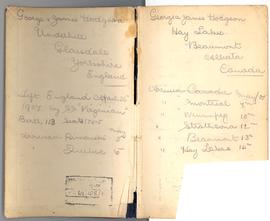 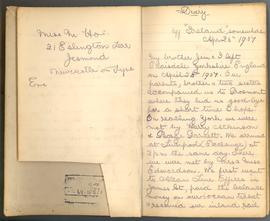 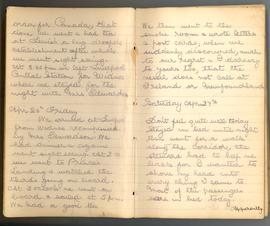 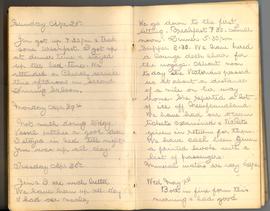 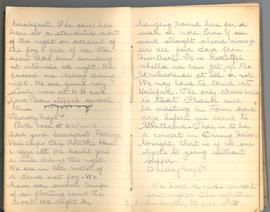 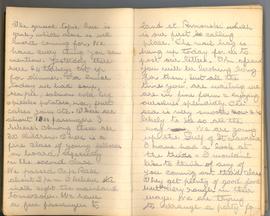 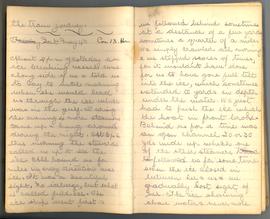 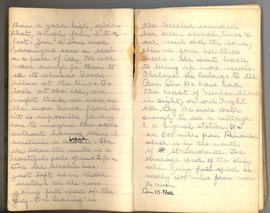 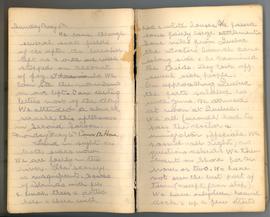 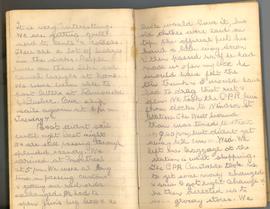 The Hodgson family were homesteaders in the area of Hay Lakes and New Sarepta, Alberta during the beginning of the twentieth century. Frank Hodgson, born on April 24, 1881 was the first member of the family to arrive in Canada. He was a carpenter by trade in Yorkshire, England and left for Canada in 1905. He arrived in Strathcona, Alberta in May of that year and worked as a carpenter for some time before homesteading in the area of Hay Lakes. Two years later he was joined by two of his brothers who left Glaisdale, Yorkshire, England on April 25, 1907. George Henry Hodgson, born July 25, 1883 and James (Jim) Hodgson, born September 10, 1889, arrived in Canada in May 1907. A year later on May 22, 1908, the brothers were joined by their parents, their brother Walter and their sisters, Sarah and Ellice. In addition to homesteading, George Hodgson, who was a tailor by trade, also worked for Robinson Tailoring in Edmonton.

Fonds consists of personal diaries belonging to Jim and George Hodgson describing their trip from England to Canada and their experiences on their brother's farm. Fonds also consists of business diaries outlining the daily business conducted on the farm including information about livestock, produce and financial accounts, as well as scrapbooks full of newspaper clippings.

Jim Hodgson deposited these records in the Provincial Archives of Alberta in 1969.

Further accruals are not expected.