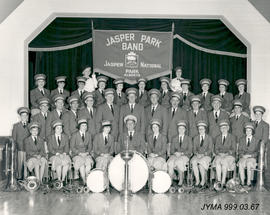 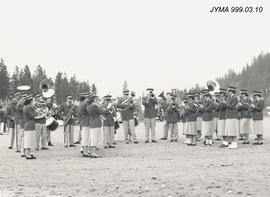 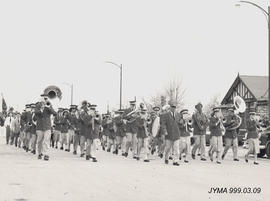 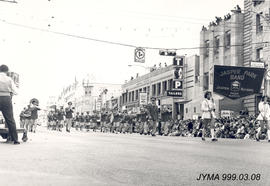 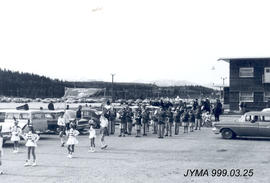 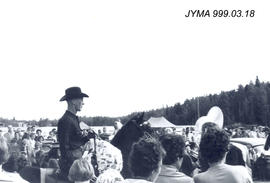 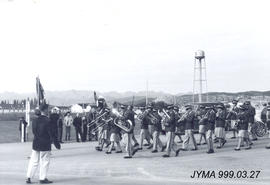 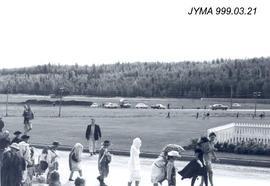 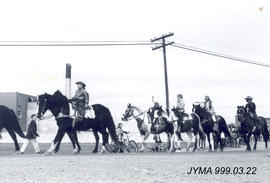 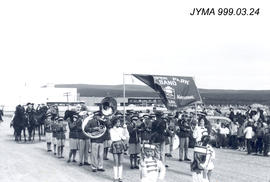 H. A. Sandy Robinson was born in Jasper (June 14, 1929) and raised there. He married Jean Gillett. They have three children: Bruce, married to Karen and living in BC; Sandra lives in BC; David works and lives in Calgary, AB. Robinson attended elementary and high school in Jasper and is currently a resident. Robinson has been involved in many local clubs and organizations over the years. He was involved with the Jasper School Drama Club, and the live stage production, Jasper Story, the Jasper Curling Club, and the Jasper Park Band. Sandy Robinson photographed much of the organizations' activities. Robinson's photographs often appeared in the Jasper Totem (local weekly paper). Robinson was involved with the local paper as a photographer and researching and writing articles. Robinson worked at Rowed and O'Neill Photography and was a student of Harry Rowed and Ray O'Neill. Robinson is also a respected Jasper artist and paints in water colour.