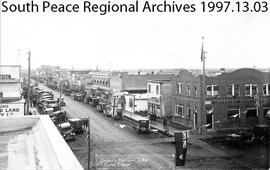 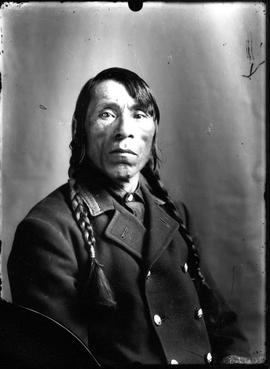 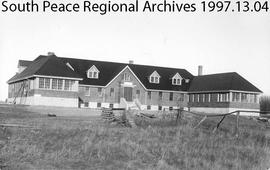 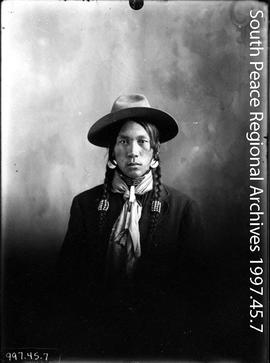 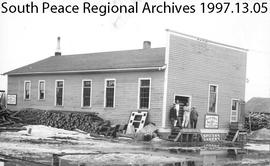 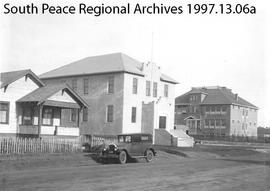 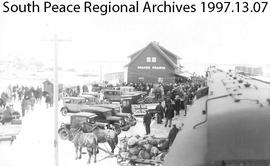 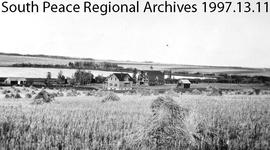 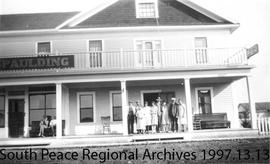 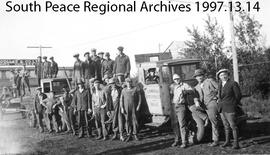 Clarence Wesley Field was born in the state of Ohio, circa 1880. Orphaned at the age of 8, he was on his own at an early age. He trained in an artist’s studio in New York. During the first decade of the 20th century, he married Edith Wilbur, also from Ohio, who had trained as a nurse. Together, they moved to Alberta in 1910.

By that time, the stresses of life were beginning to take their toll on Clarence, and he spent some time in the Ponoka Hospital. While there, he continued to develop his artistic skills through photography. Later he set up a studio in the town. He was a master in the use of props, as can be seen in some of the portraits taken in his studio in Ponoka.

In 1918, Clarence Field came to the Peace Country and filed on the N.W. 34-72-3, north of Bezanson. By 1920, he and Edith were living on the farm, and in 1922 he opened a photograph studio in Grande Prairie. He had an old model T van in which he traveled back and forth. The couple had no children of their own but adopted a child named Dora Cordray, who later married Leo Nelson.

After the Depression hit in 1929, he closed the studio—no-one could afford expensive portraits—and returned to farming. His debt load from farm and studio were so high, however, that he lost the farm. Clarence Field passed away at his home east of Grande Prairie in 1931, at about 50 years of age; his wife later moved away from the community.

This collection came was preserved by several members of the Grande Prairie Community and deposited in the archives over a period of 5 years. The 1997 portion was salvaged by Frank Kohalyk who worked at Field’s Studio. He passed them on to his son Anton. The glass plates were found in an abandoned cabin near Bezanson in 1934, traced to Field’s Studio through prints in other portions of the collection, and also passed on to Anton Kohalyk. Anton donated his entire collection to Grande Prairie Museum in 1997, and they were turned over to the care of Grande Prairie Regional Archives in 2000. The 2002 portion of the collection was preserved by Edith Field, who gave them to her neighbours, Steve and Mary Sarmaga, when she left the community. They, in turn, passed them on to their son John Sarmaga. Other portraits were given to Paul Pivert, a local photographer. Both of these collection were donated to the archives in 2002.

There are no restrictions.

A finding aid is available at http://southpeacearchives.org/fields-studio-fonds/