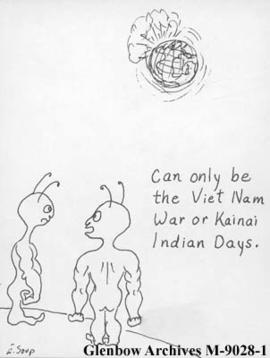 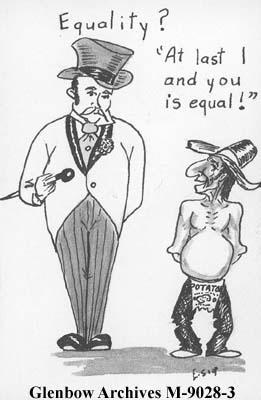 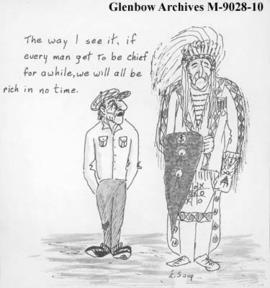 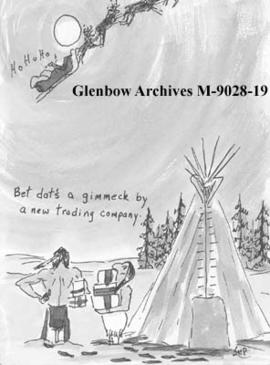 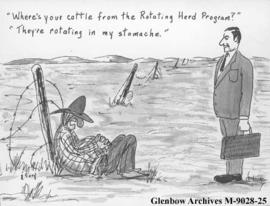 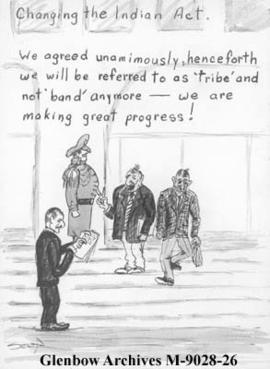 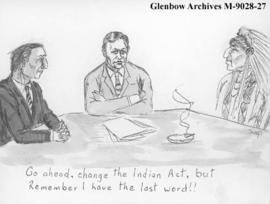 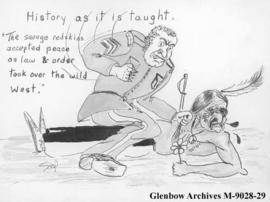 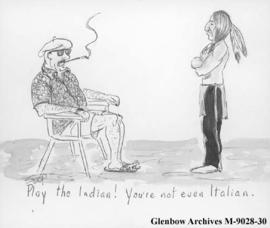 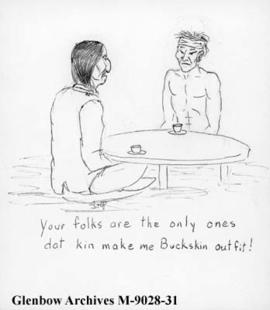 Everett Soop, 1943-2001, was born on the Blood reserve in southern Alberta. From a young age he was incapacitated by muscular dystrophy. He studied at the Alberta College of Art in Calgary in 1964, then spent a year at Brigham Young University, Utah, USA. He then studied journalism at Calgary's Mount Royal College, and spent two years at the University of Lethbridge, during which time he took summer courses at the Banff School of Fine Arts. In 1968 he was hired by the newly-launched Kainai News newspaper to draw political cartoons and write columns. From 1976 to 1982 he wrote a regular column called "Gitskenip" (You Know). He served on the Blood Tribal Council from 1982 to 1986. He was unemployed and in poor health from 1986 to 1989, but in 1990 briefly resumed working as a cartoonist for Kainai News. His cartoons and writings are noted for satirizing not only government agencies and their treatment of natives, but also the foibles of his own people. Three books of his works have been published, the first a selection of his cartoons, Soop Take a Bow / Everett Soop. - Stand Off, Alberta : Indian News Media Society, 1979; Another Bowl of Soop; and the last a selection of both his columns and cartoons, I See My Tribe is Still Behind Me / Everett Soop, edited and intro. by Hugh A. Dempsey. - Calgary : Glenbow Museum, 1990. See also the documentary Soop on Wheels /Two Wheels Production. - Toronto : Ashland, 1998.

Library and Archives Canada holds 125 of Everett Soop's cartoons. There are photographs of Everett Soop, taken September 4, 1979, in the Calgary Herald fonds at Glenbow (NA-2864-36294).