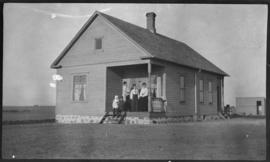 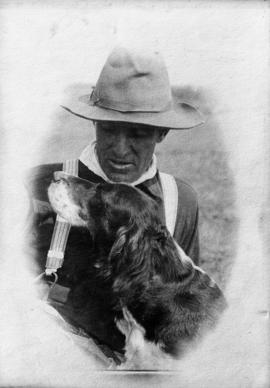 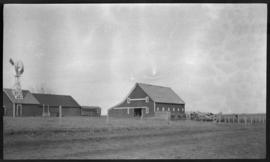 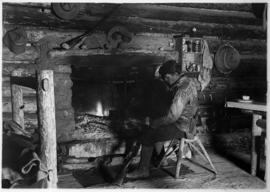 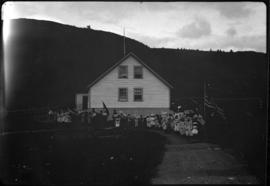 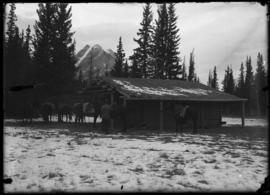 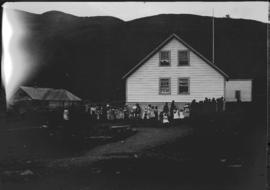 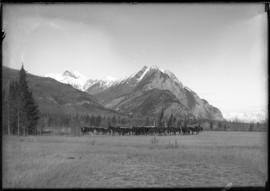 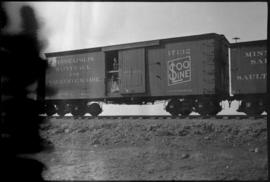 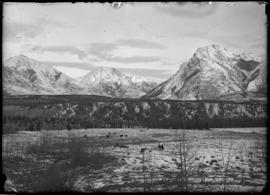 Elliott Chappel Barnes, 1866-1938, was a rancher, outfitter and trail guide and professional photographer at Kootenay Plains, Banff and Jumping Pound, Alberta. Barnes was born in Rochester, New York in 1866. In the early 1890s he travelled throughout the American Rockies supporting himself as an itinerant photographer. In 1905, Barnes and his family immigrated to Canada and homesteaded on the Kootenay Plains. For a short time, Barnes ran a small outfitting operation out of Banff, mostly dealing with the newly-created Alpine Club of Canada and its members. Also, while wintering in Banff during 1907-1908, he worked briefly with Byron Harmon in the photographic business. Following this association, Barnes upgraded from a small "pocket" Kodak camera to a 5x7 Graflex with a stereo adaptor. Utilizing this camera, he published a set of stereo view-cards and custom postcards. In 1908, Barnes moved to a homestead at Little Jumping Pound Creek in the foothills west of Calgary and abandoned photography as a profession. After several farming ventures near Calgary, the family moved into the city, where Elliott Barnes died in 1938.