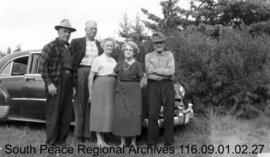 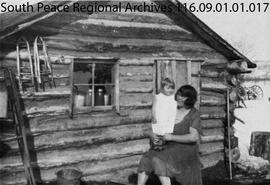 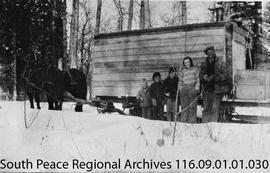 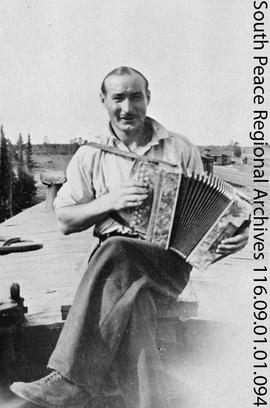 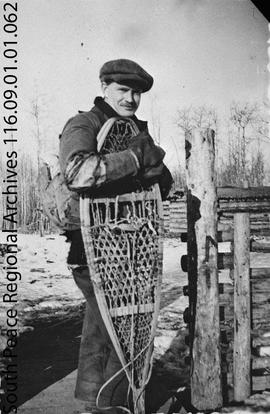 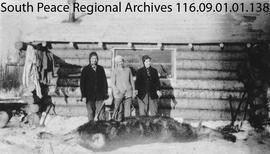 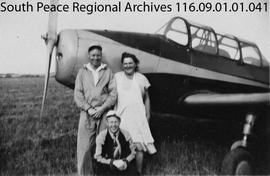 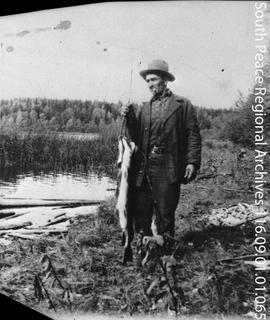 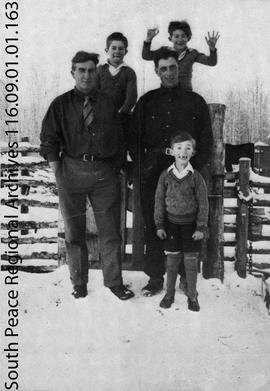 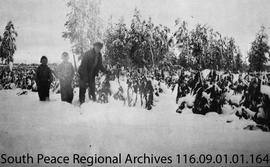 The DeBolt and District Pioneer Museum focuses on the East Smoky area, which is the area between the Smoky River and Sturgeon Lake. The origins of Museum Society date back to the Hubert Memorial Park Committee, formed in 1969. Tom Hubert left his estate to the DeBolt Country Club, the DeBolt United Church, and the East Smoky Royal Canadian Legion #89, who each had two representatives on the Park Committee (Jean Pushor and Art Boe, Winnie Moore and Sigfred Welander, and John Nielsen and Donald Matlock respectively). They decided to create a museum in the park, starting with the DeBolt United Church manse, which was already located there. Work was done to repair the manse, gather and place artefacts, and beautify the park. The DeBolt & District Pioneer Museum Society was incorporated in September 1975 out of the Park Committee with Winnie Moore as President , Jean Pushor as Secretary-Treasurer, and Fran Moore as Curator.

The aims of the society were to build and maintain a museum and to publish a local history book. The Museum was officially opened in the fall of 1976 and Hubert Memorial Park in August of 1977. Further improvements were made to the park in succeeding years, including the addition of playground equipment. The second aim of publishing a local history book was accomplished in 1978 with the printing of Across the Smoky. In 1979 another historical building was added to the Museum with the donation of the Mehlum barn, which was moved to the park, restored, and officially opened in 1981. The Mehlum ice house was later donated and moved to the park site. The Museum continued to grow, building a shed for additional storage space in 1982 and a second shed in 1985.

1989 saw the donation of the Edson Trail teacherage, which was moved to the Park. In 1993, a research project on “Sawmills: Across the Smoky” was begun. The material gathered was published as a small book and later included in the sequel to Across the Smoky, Bridges to the Past. Work on Bridges to the Past also began in 1993, although the book was not completed until 2001. Another building was added to the Museum in 1993 when the East Smoky Legion #89 dissolved. The Legion Hall remains in its original location and is used for meetings and workbees. In 1999, the Crowe House was moved to Hubert Memorial Park and restored as a bachelor residence, general store, and post office. Another house, the Turner House, was moved to the Park and restored, opening to the public in 2005. The following year, DeBolt United Church, across the road from the Park, was also donated to the Museum Society and is now the site of the Museum office, remaining in its original location. In 2006, the Museum was gifted the Bickell Fossil Display and converted part of the first shed to accommodate it as a permanent display.

The fonds consists of research files, published copies, and correspondence regarding the planning and writing of five publications: "Across the Smoky," "Edson to Grande Prairie Trail," "DeBolt Country Club & Agricultural Society 60th Anniversary Book," "Sawmills Across the Smoky," and "Bridges to the Past." The fonds also includes records gathered by the Museum Society, for use in their publications and for other purposes, including original letters and documents, paper artefacts, maps, and photographs and negatives.

The records were preserved by DeBolt and District Pioneer Museum and transferred to Grande Prairie Regional Archives in several accruals in 2001, 2006, 2009, and 2012.

A finding aid is available at http://southpeacearchives.org/debolt-district-pioneer-museum-society-fonds/