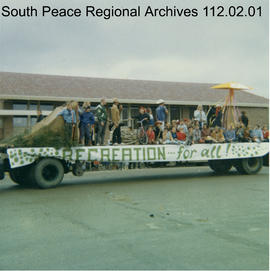 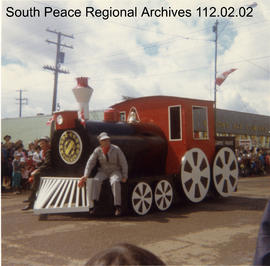 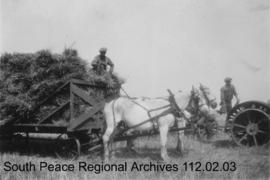 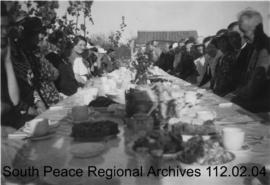 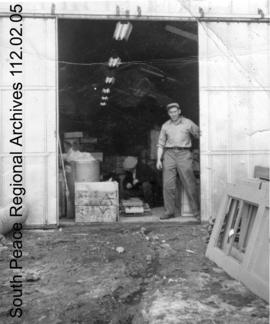 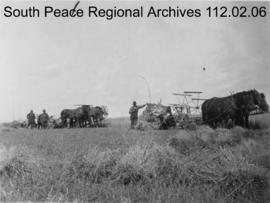 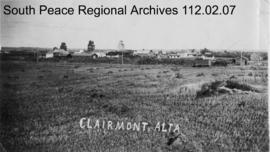 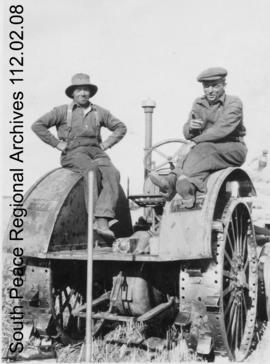 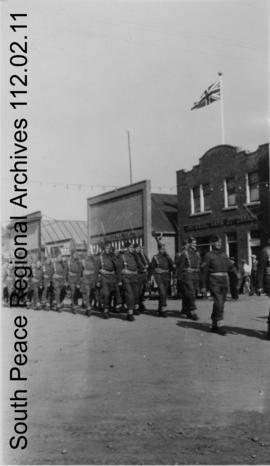 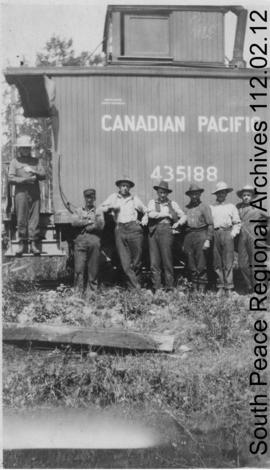 Patrick Vincent (Patty) and Gregory Rudoph (Rudy) Croken were born in Emerald, Prince Edward Island. In 1916 they made their first trip into the Peace Country, bringing cattle and machinery up to Bezanson, where they hoped to farm.
Patrick bought his first store in the Bezanson town site from Peterson and McDonald—a big two-storey building with 12 rooms upstairs and a store downstairs. It was the beginning of a long career in the store and hotel business.
When the railway went to Peace River instead of through Bezanson, Patrick and Rudolph sold the store and their cattle and moved back to Winnipeg. Patty married Rose Desiree Fromont of Belgium in Grande Prairie 1919. In 1923, Patty and Rose (known as Daisy) returned to the Peace River Country and rented a store in Grande Prairie, calling it the P.V. Croken General Store. Rudy Croken also returned to work as a U.G.G. grain elevator agent in Clairmont. He married Jennie Tomshak, and in 1954 the couple later built a home on 105 Avenue in Grande Prairie.
Patrick and Daisy had one son, also named Patrick, who received his education in Grande Prairie, and worked as a draftsman in Edmonton. Rudy and Jennie had three sons, Eugene, Dennis and John and one daughter, Betty.

The records consist of photographs and personal records from Patty and Rudy Croken and Jennie (Tomshak) Croken. They include P.V. Croken financial records from the P.V Croken Store; Patty’s correspondence from 1956-1973; personal income tax returns for Rudy & Jennie Croken from 1953-1958, and for Patty & Daisy Croken from 1958-1966; farm accounts and wheat board certificates; the papers for building Rudy & Jennie’s home in 1954; and two stories about living in Clairmont, and working in the Grande Prairie Post Office, written by Jennie Croken in 2014. The photographs are a wide assortment of subjects from the Peace Celebration in Grande Prairie in 1919, to Jennie on her travels in 1986.

These records were donated to South Peace Regional Archives by John Croken in 2002 and Jennie Croken in 2011 and 2014.

A finding aid is available at http://southpeacearchives.org/croken-family-fonds/