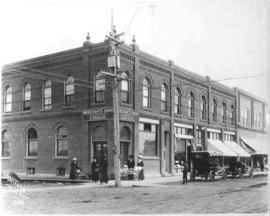 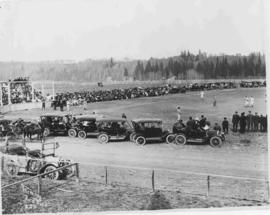 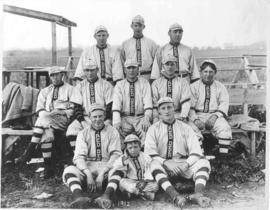 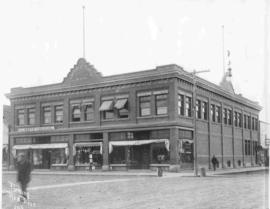 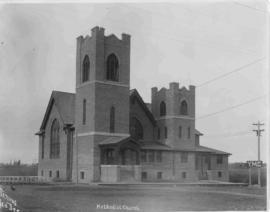 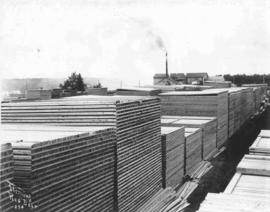 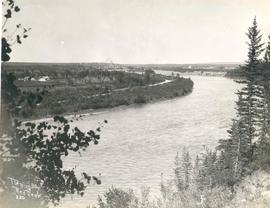 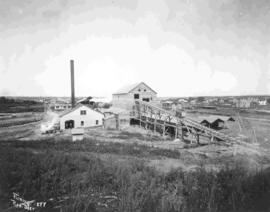 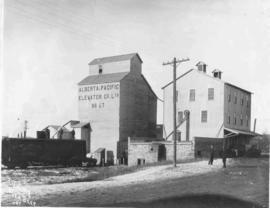 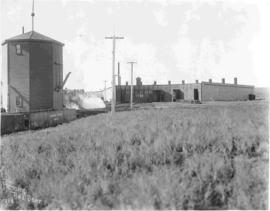 In 1910 William Perkins Bull (1870-1948) and several other investors in the Red Deer Investments Company (also known as Red Deer Holdings), including his brother Duncan O. Bull, bought up lots in and around Red Deer, Alberta. They were speculating on the rise in land prices in central Alberta as the Canadian Northern Railway was developing a line through the area. Targeting naive British investors, they then formed a new British firm, British Canadian Realty Limited, to handle the marketing and sales of the land throughout Britain. In 1912, as part of ongoing promotions for the sale of the accumulated lots, British Canadian Realty Limited commissioned a local Red Deer photographer, George E. Fleming, to put together a selection of about 100 photographs of Red Deer and district in an album. Several of the photographs emphasized jersey cattle, because the Bull family were heavily involved in cattle breeding in the region. The album was then used by the firm at its offices in London and Birmingham, England to promote the highly speculative land sales. The land boom fizzled out in Alberta by early 1914, and the company itself collapsed with the outbreak of the First World War that same year. William Perkins Bull managed to retrieve the album from the wreckage of the company

Photograph album inherited by William Bull Parsons from his uncle, William Perkins Bull. Later used by the Red Deer Advocate, the local newspaper, as a photographic image bank, with the result that some photographs were removed from the album and later lost

Many of the photographs mounted on original linen strips for binding in the album, with others cut down in size,loose, heavily damaged. Several photographs would appear to be missing from the album

Some of the same photographs were later used by Fleming to create a series of 12 postcards for sale locally<br><br>Record No. P 362<br><br>