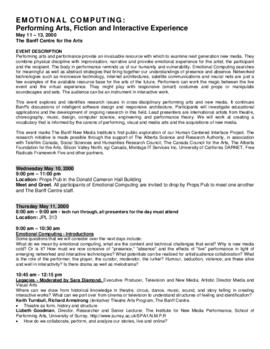 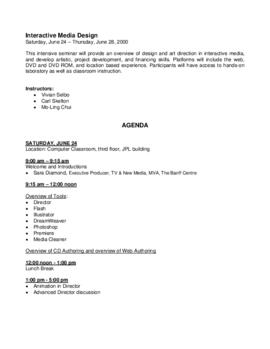 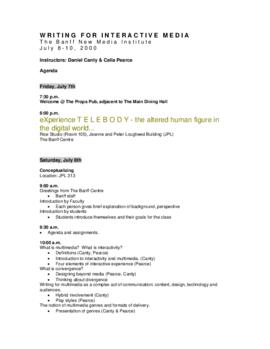 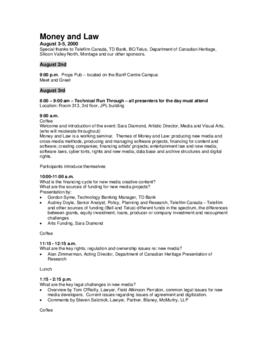 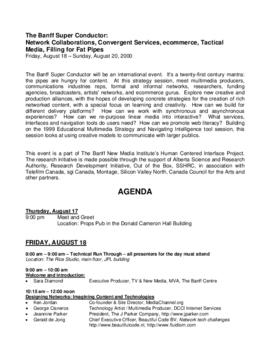 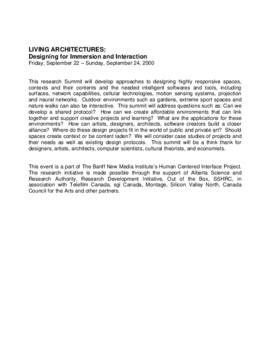 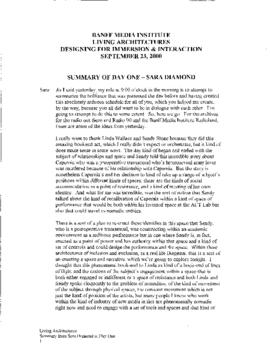 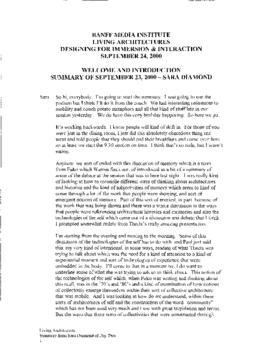 Sub-series consists of material relating to workshops/summits/programs run by the Banff New Media Institute in 2000. The sub-series includes planning documents, material given to participants (agendas, etc), presentation slides, and other material. The sub-series also includes audio and some video recordings of the summits.

According to the BNMI website, the following events took place in 2000: